This example demonstrates how to build an image with audio support, record audio from your mobile phone and play it back.

The first step is to build an image with ALSA utils. If you have not yet build any images with Yocto, visit this page. If you have already set up build host, then navigate to neutis-image directory.

alsa-utils is a Yocto recipe that contains alsamixer, aplay and arecord utilities which we will use to configure audio settings, input and output devices.

Build the image itself:

Flash Neutis with the newly created image, boot and log in.

Then reboot and connect your mobile phone to LINEIN port with 3.5mm cable. 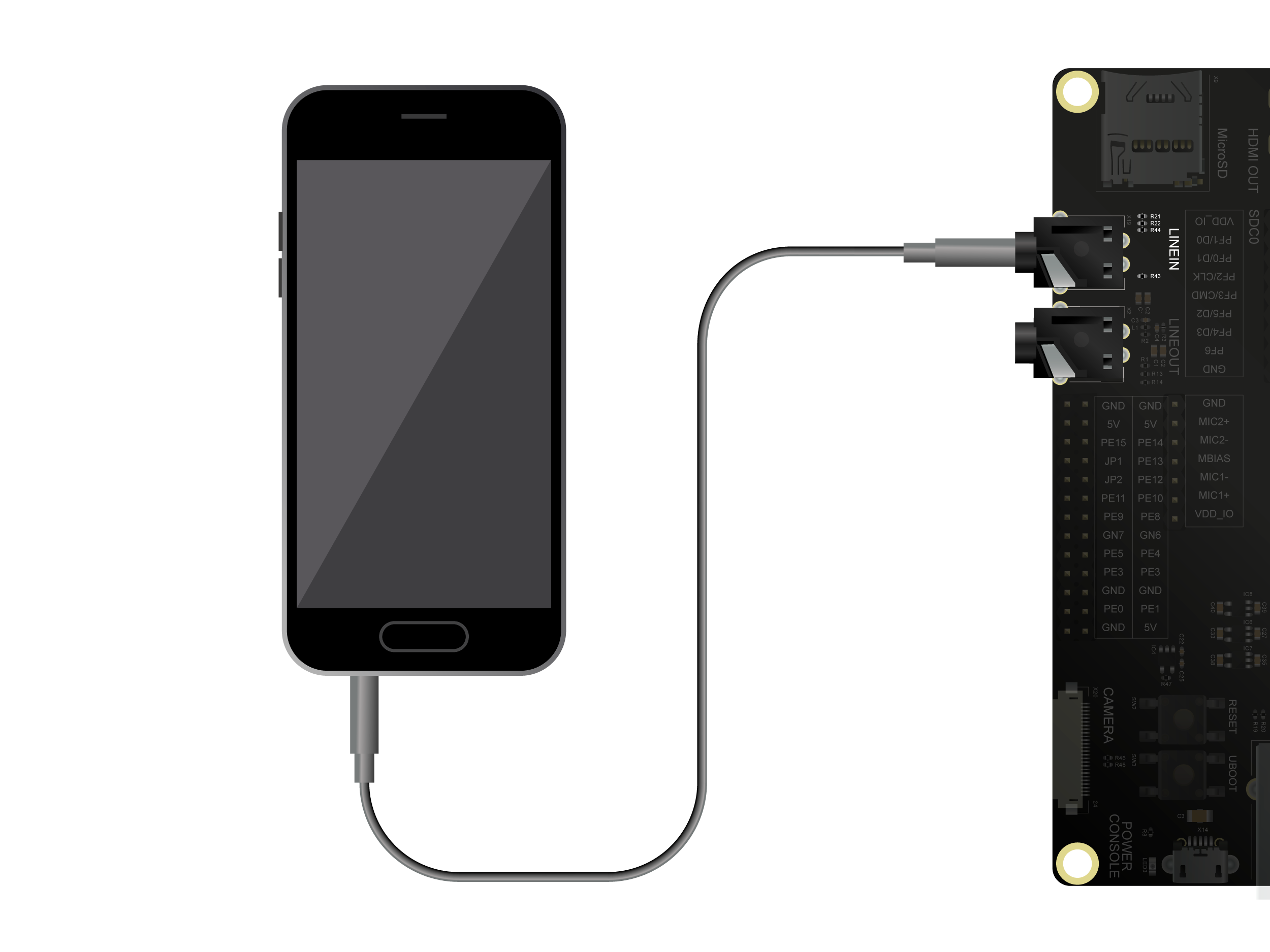 Launch alsamixer and go to [Capture] tab by pressing F4 button. You should see the following window: 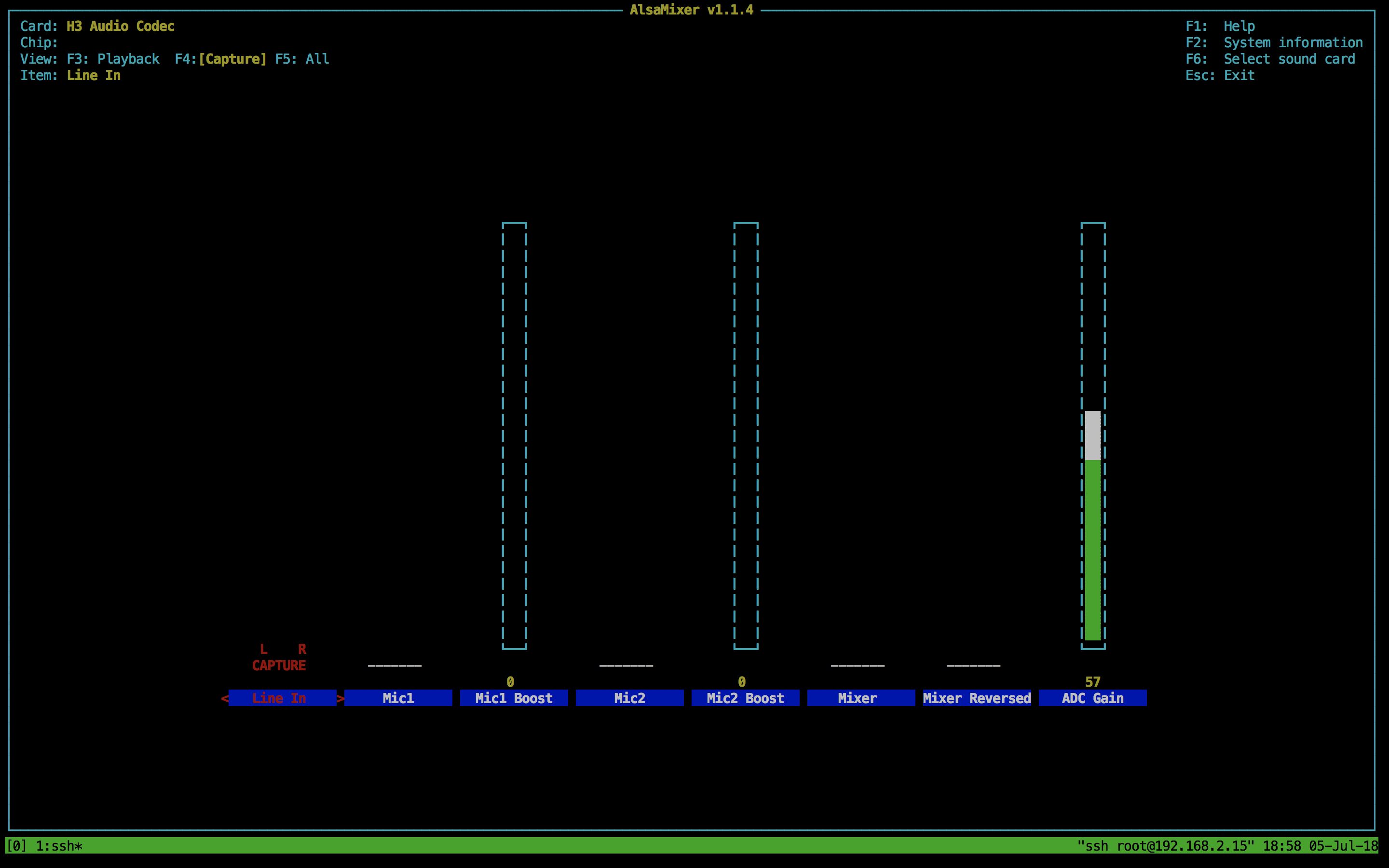 Press space button under Line In so that the CAPTURE title is appeared. Press esc and quit alsamixer.

Now you are able to record playing sound from your mobile phone:

Launch alsamixer again and make sure that your playback settings are similar to these: To play the recorded sound you need to connect your speakers to the LINEOUT port. 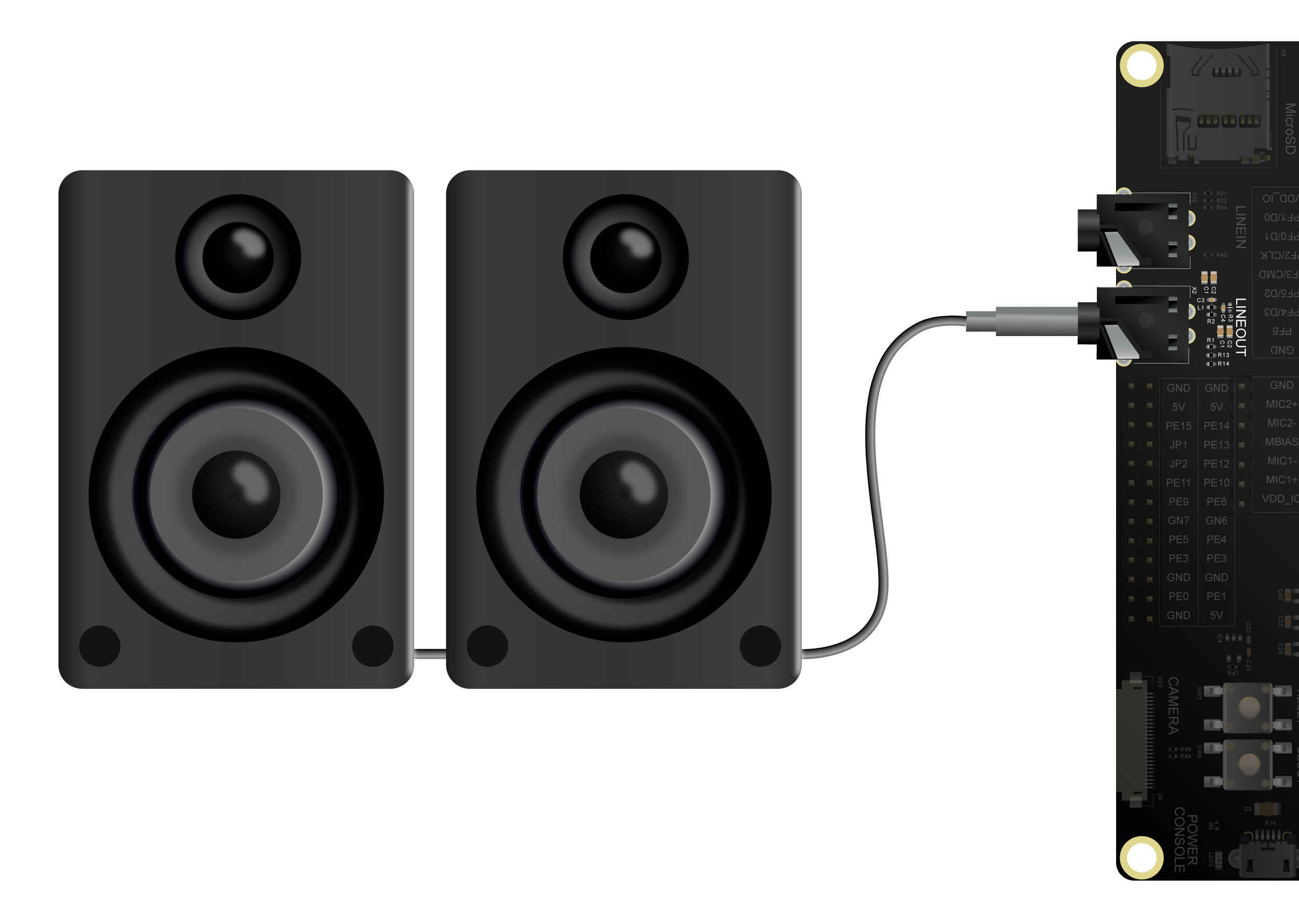 Specified for 10 kOhm impedance. Do not connect the headphones to LINEOUT, it can damage your device.