FEL is a low-level subroutine that implements a special USB protocol for initial programming and recovery of devices. It is stored in the BootROM, write-protected flash inside the chip. BootROM contains the very first code which is executed by the Allwinner devices.

Your device needs to be attached to a host by using a USB cable, connected to a port where your device appears as a USB slave (USB-OTG port on your Neutis).

How to make Allwinner boot to FEL?¶

When your device boots up, it first executes the very first instructions in BROM. It jumps to eGON.BRM address where some low-level procedures are performed to set up CPU, clocks, etc. After that the FEL pin is checked:

If a device fails to boot from the media device (MMC or internal NAND flash), FEL mode is also triggered.

There are many ways of entering FEL mode:

The FEL pin by default is pulled high. However, when you push 'U-BOOT' button on your Neutis Devboard, the pin becomes low.

How do we flash software?¶

We're loading a minimal Linux image through FEL protocol. This image only exports eMMC as a mass storage device. This way we can flash eMMC. 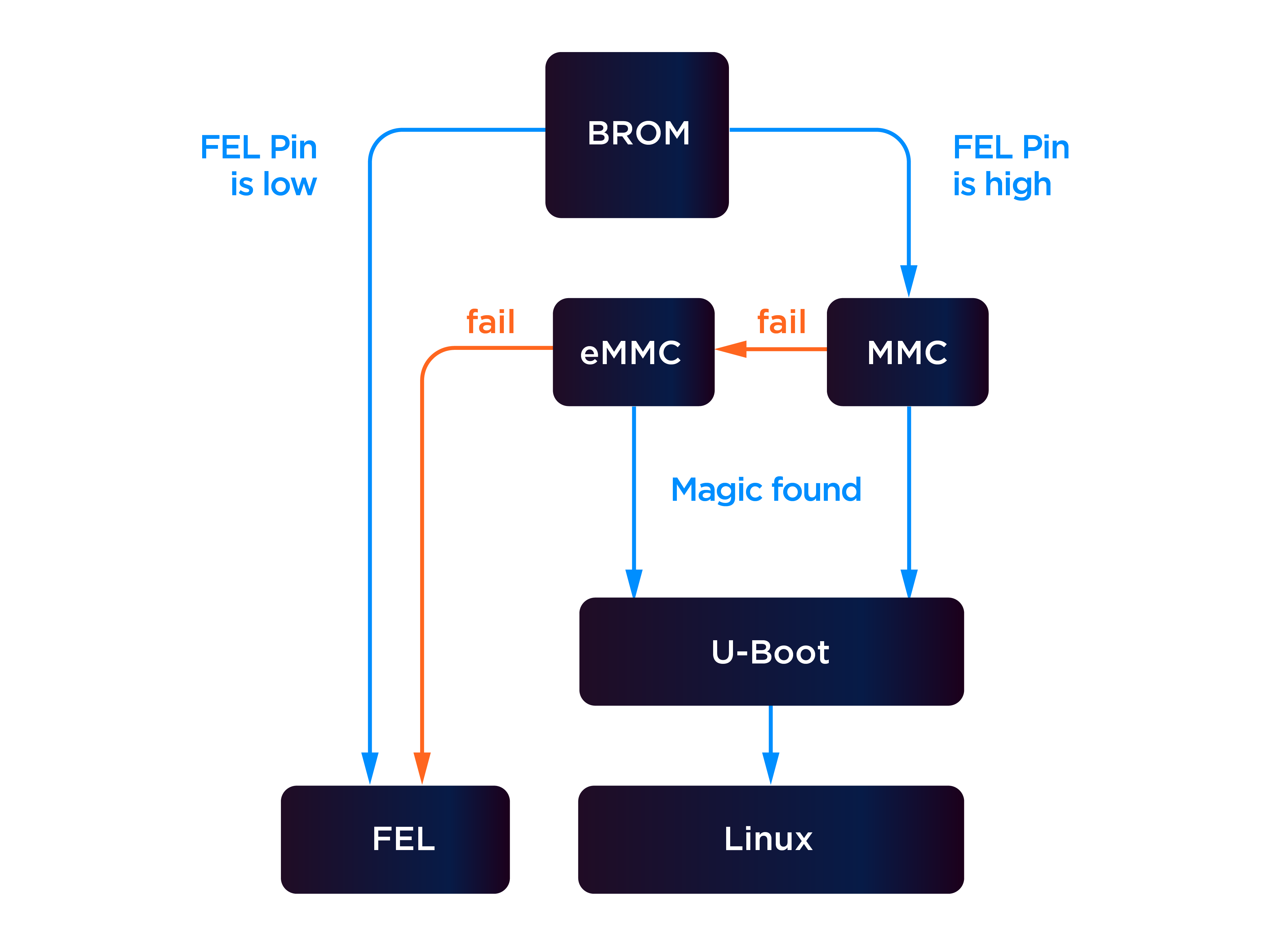 Generally, the Allwinner device tries to boot in the following order if FEL pin is high:

If Magic signature is found at the right location on either MMC or eMMC, the BROM will try to load U-Boot, which in turn loads the Linux kernel.